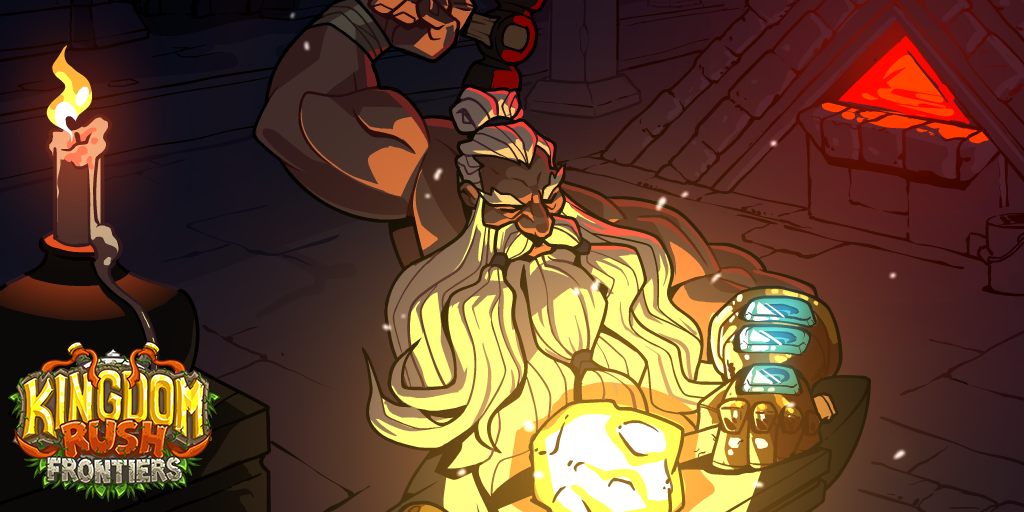 Many songs have been composed and stories told about the first dwarf that set foot on the continent. You may think some of them were exaggerated (and you would have been right), as the dwarven bards are known for adding a little extra spice to their compositions. But truth be told, the story of Farcon Ironbeard has no match.

His origin remains a mystery, but all stories agree he was the first dwarf to settle on Dwaraman. His forging abilities were legendary and it was said he added a bit of magic to his creations to make them unique. However, this was not true, at least not for all his creations but one.

His masterpiece (and most priced possession) was a silver hammer he forged with his own hands and was meant to be a tribute to the dwarven gods. He had spent unaccountable hours polishing the hard material until it was smooth and shiny, carving precious runes on it and creating its powerful hilt. He put so much love and effort into it, that the gods themselves, pleased with the results, allowed Farcon to infuse it with his soul and bestowed a blessing upon it: Everything that was forged using the hammer could only be broken by it.

This hammer became to be known as the Hammer of Ages and it was used to create most of Dwaraman structures, untouched by the hand of time until this very day.

His legendary abilities became so renowned that he was called upon by the mages of the distant city of Linirea. They begged him to come and help them trap an evil being that was devastating their lands and decimating their population.  Farcon agreed to leave Dwaraman and cross the vast ocean to offer his help. Little did he know, this would be the last time he would feel his forge heat or feast his eyes on the treasure chambers of his beloved city.

There are many recounts of what happened that fateful day. Some of the witnesses talk about the bravery of the dwarf, others of his courage, but they all agree that the capture of Umbra would have not been possible weren’t for his heroism and determination. The prison was forged and the being trapped, but to be able to contain it, Farcon made the ultimate sacrifice: he used the power that was harvested on the hammer to seal it, knowing this would mean his own demise.

After this battle, Farcon undertook his last journey through the lands on Linirea until he took his last breath on the desert shores. To honor his memory a city was created surrounding his grave, where the hammer was displayed for all to remember that a true hero lied there.