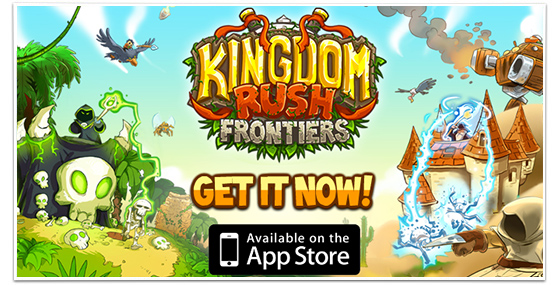 Kingdom Rush Frontiers landed yesterday on iOS devices and we couldn't be happier!

In many countries in Asia and Europe it took just a couple of hours for it to reach number 1 in "Top paid apps" for iPhone and iPad. In USA, where the competition is very tough, it took more time but Frontiers still made it to the first position...

As a small studio, seeing how all the effort and love we put in this game is appreciated by gamers worldwide is overwhelming. We are very thankful to everyone who contributed to this project and specially the fans and players who appreciate what we do!

Download Kingdom Rush Frontiers now! for iPhone/iPod touch or in HD for iPad

Seen in the media:

"It's a brilliantly engaging game that sucks you into its world and refuses to let you go." @ PocketGamer