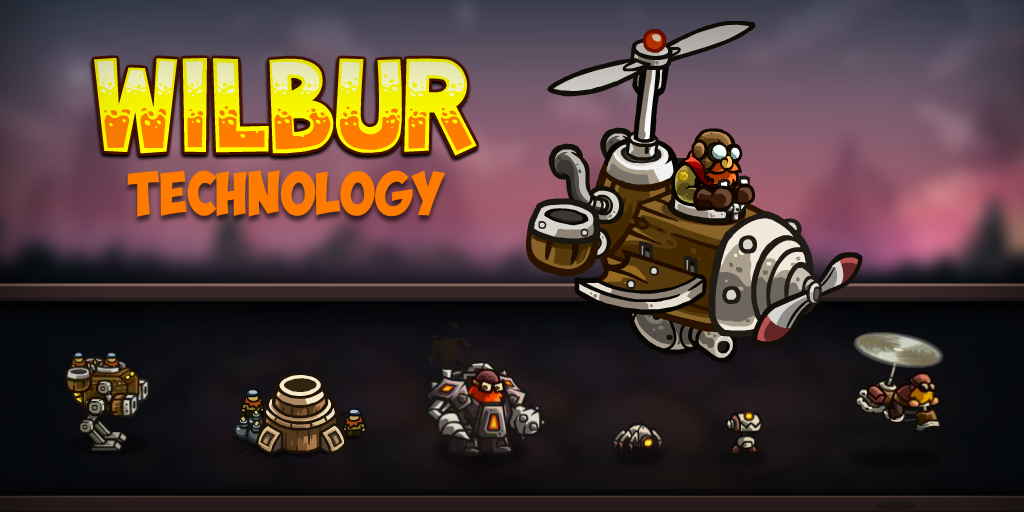 One of the many mysteries of Linirea is the origin of the technologies used to build the factories and machinery of the Dwarven kingdom.

Who was the mastermind that planned and constructed such complex systems?

The answer was almost lost in the sands of time until I came across an ancient tablet that revealed it: It was Wilbur, the dwarven inventor.

He was one of the only survivors of the Dark outbreak in the Hollow Mountains; He had departed to explore the world on his gyrocopter a few moons before the massacre and learned about it upon his return to the dwarven lands. This tragedy almost shattered his soul and pushed him to join forces with the Elves in an effort to avenge his kind.

He was publicly admired by many but secretly envied by some, like Tramin, who always saw himself as a rival to Wilbur.

Some legends say he escaped the cold hands of death by resorting to his inventions, changing his failing flesh for mechanical parts, but the truth about this still remains a mystery.