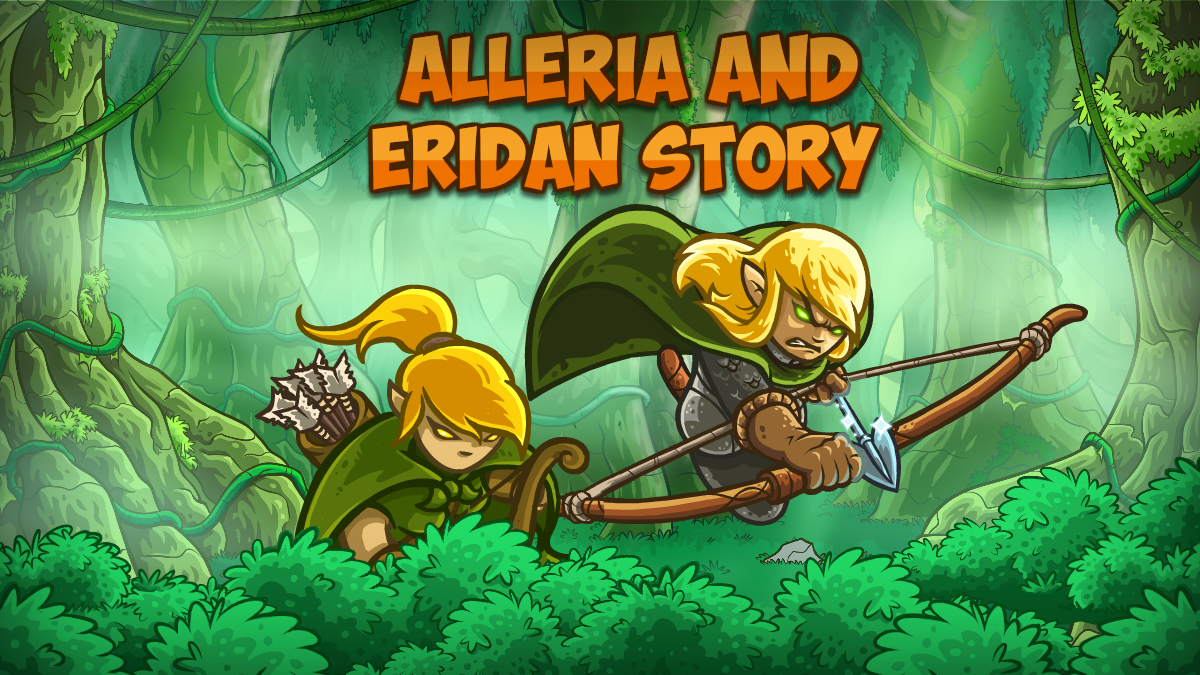 Much was said in the past about these two elves, some said they were siblings, others, they were lovers. I wish I could tell the reader those rumors were right, but the truth is that this is a story about secrets and missed opportunities.

Eridan and Alleria did not grow up together; she was a princess, daughter of the mighty Elven king, while he was destined to be a magic wielder, like his parents and brother before him.

He visited the elven castle often, as he was the apprentice of one of the court's wizards, and it was during one of the practices when he first saw the young princess Alleria and hopelessly fell in love with her.

He thought that a princess would never look twice at an apprentice, so he kept his feelings for himself and decided to become a hero to win her affection, so he abandoned magic and embraced the hard life of a ranger.

He soon became a legend for his outstanding archery and fencing skills. His Twin Blades ended many enemy incursions and numerous hordes of ravaging monsters felled to his Rain of Arrows.

When the Twilight elves attacked the elven kingdom, he fought his way to Alleria's side, not only because he had vouched to protect the royal family but because his heart longed to see her. Even knowing she had to travel far away for her safety, he fulfilled his duties without hesitation and watched her disappear in the horizon, not knowing if and when she was going to be able to return.

Alleria remained as the ambassador for the Elves in the foreign lands of Linirea (it's rumored that she fell in love with a human who was later killed on the battlefield) and Eridan as the protector of the elven realm. Truth be told, he always wondered what could have happened if he had mustered the courage to open his heart to her.

The future is not written yet, dear reader, and only time will tell what destiny has planned for these illustrious elves.