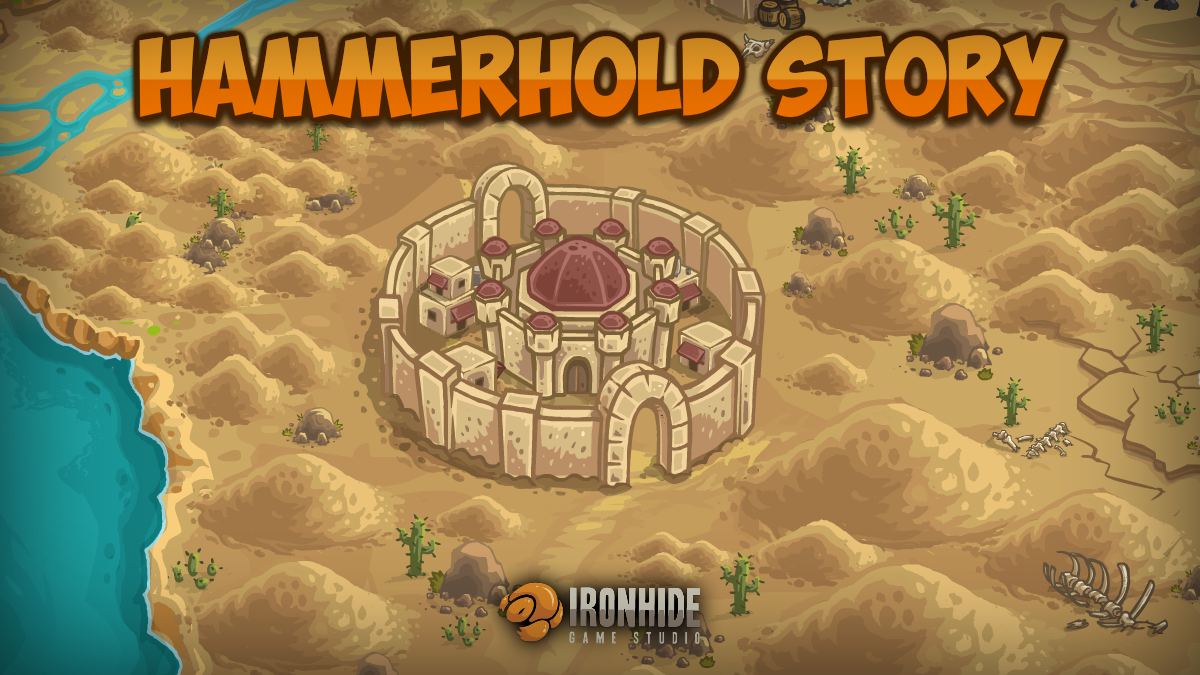 The sun was almost setting over Hammerhold. Alric nervously paced around the palace hall. He was waiting for Malik; there was a topic of utter importance he had to discuss with the current leader of Hammerhold.

A few months ago, an emissary from the kingdom brought some disturbing news: Vez'nan was marching over Linirea, he had managed to gather an impressive army. King Denas requested all the available armies to join the impending war.

Malik knew, beyond a shadow of a doubt, that Hammer hold had to help put a stop to this advance, but truth to be told, their armies were scattered over the map.

Half of the forces were stationed on the south shores under Blackbeard's command; they had to be swiftly sent there since the pirates from the islands had been increasing the attacks on the seaside villages.

The desert tribes, on the other hand, had been fighting the scavengers' increasingly violent attacks and requested reinforcements be sent on their aid.

Messengers were sent to both fronts with orders to put these attacks under control and return to the city as soon as possible, Malik was not going to leave the villagers to fend for themselves, and besides, King Denas also had a powerful army that could stall or even destroy Vez'nan's army efforts. The thought of  Vez'nan taking the citadel was almost absurd.

It took a few months to crush the pirates and scavengers' efforts as they seemed to be receiving reinforces from an unknown source, but once it was done, the armies marched back to Hammerhold as fast as they were able, carrying their prisoners with them.

Orders were sent, troops and supplies gathered, and a plan was forged. Hammerhold was now ready to march in defense of the kingdom when the next sun arose.

On that fateful night, a messenger arrived. One of the soldiers found him wandering the sands as the poor creature had lost his way on the ever-changing dunes of the desert. The scorching sun and water scarcity had almost collected their prize when he was rescued from certain death and brought to the city.

After some rest his weakened voice demanded to talk to the leaders of the bastion, claiming he was in possession of some critical information about the fate of Linirea.

Alric answered the call and a secret meeting was arranged. Something unthinkable had happened: Vez'nan had conquered most of Linirea, The Citadel has fallen and its king, Denas, vanished.

Malik knew something was wrong as soon as he saw Alric's distressed face. The sand warrior's words struggled to come out as if he did not want to speak them. Vez'nan had played them, the Pirates and Scavengers had been receiving gold and reinforcements from him, as a means of distraction. The ruse had paid off, and now he was sitting on the palace's throne.

Attacking the palace by themselves would have been a suicidal mission for an army, so it was impeding that the bannermen be called off and new plans created.

Malik heard the news, and his face turned pale, he stood in silence for what seemed to be an eternity. With a grim voice, he told Alric, "Tell the warriors to close the gates and reinforce the walls, Hammerhold, the kingdom's last bastion, must never fall!"