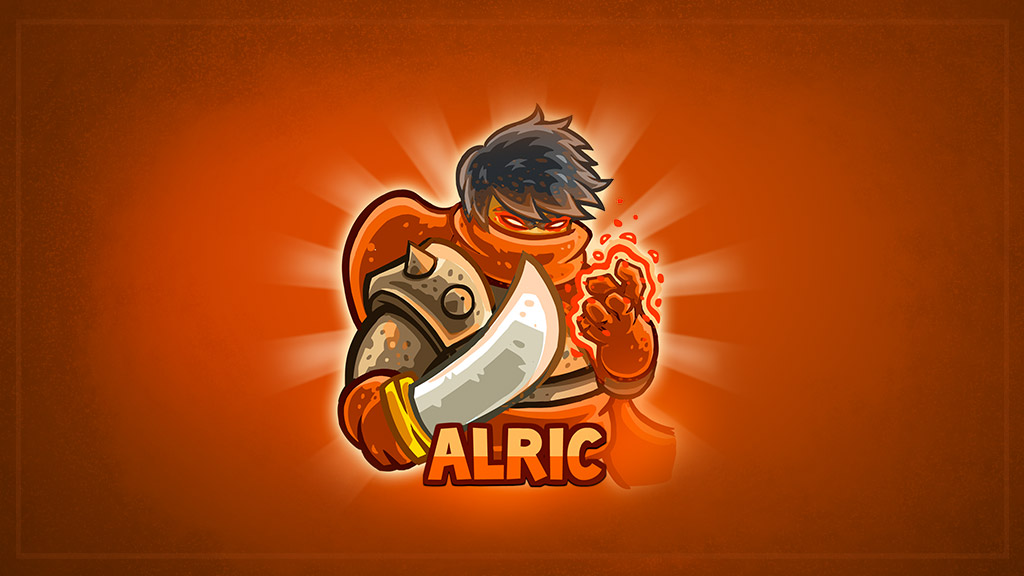 Some stories are branded by fate, others by sheer luck. Alric's story was forged in sand and blood.

Born in a rustic tent embraced by the desert, his first breath was filled with the warm wind of the oasis. The entire tribe greeted him as the chieftain approached the crib and recited the sons of the desert's dogma: "In peace be fair and gentle as the water of the oasis, in war be unstoppable and fierce as a sandstorm.", a creed that has been followed by countless generations of Detek-en-Dil.

The  Detek were well known for their fierce, yet fair warriors; The desert was their home and ally, their law was the only one they obeyed.

Alric grew up following his clan's credo, learning the ways of the desert and finding solace in the sands' embrace; Little did he know it would be the same sands that would soon be tainted with his brothers' blood.

It was 20 years ago when the armies of the Scarlet Sultan set their sights on the desert tribes. Cruelty, tyranny, and savagery were the Sultan's means. Nothing would stop him from imposing his will over the lands.

The desert tribes rebelled against him, but they were no match for the overwhelming and vicious onslaught that was set upon them. Soon the proud Detek warriors stood alone in defiance.

The warriors knew that the only possible way to beat the impossible odds was to lure the overwhelming forces of the Scarlet Sultan so deep into the desert that they could never survive; so day after day the Detek retreated further into the desert taunting the Sultan and his men, steering them into their doom.

When they reached the desert's heart, they set an ambush and attacked the Sultan's army; The Detek knew this was going to be the last battle of their lives as they were gravely outnumbered. The combat was brutal. The scorching sand became tainted with the blood of the Sultan's army as each brave Detek took down tens of soldiers before meeting their sandy graves.

The great sacrifice of the Deteks in defense of their freedom awakened the Great Desert Spirit from his centuries-long slumber; He turned the dying Deteks into living sands that merged into a colossal sandstorm and wiped the remnants of the Sultan's army.

A blood-covered Alric was all that was left standing when sandstorm cleared out; With his heart filled with revenge and sorrow, he faced the Sultan and ended his cruel reign with one stroke of his sword.

To honor the spirits of the Deteks and Alric's bravery, the Great Desert Spirit granted Alric one gift before disappearing under the sands: to call his former brethren to aid him in battle as mighty Sand Warriors.