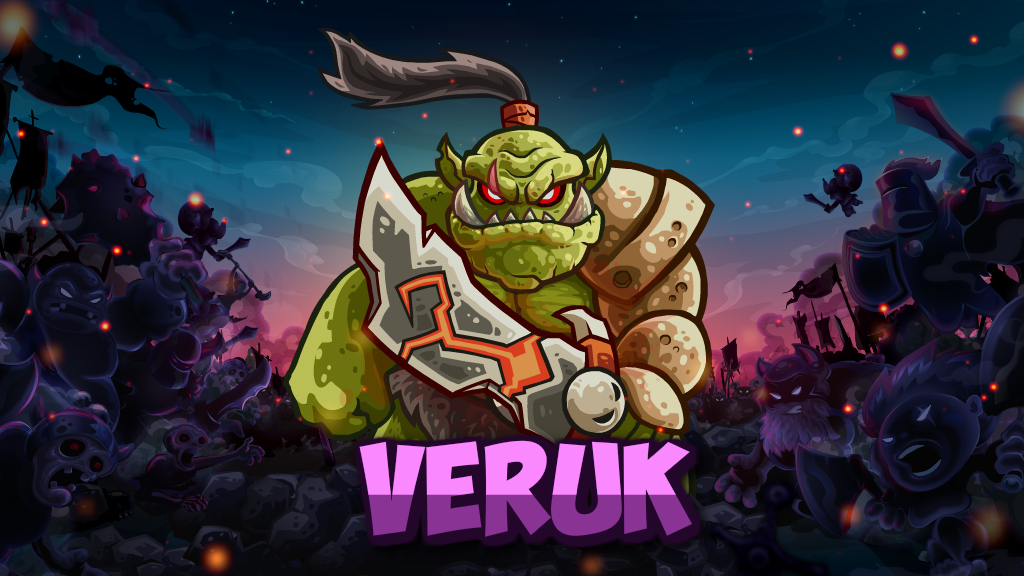 The sun was setting over the tents, Veruk watched while an ogre and an orc set up a campfire, not far away, a goblin was busy bringing the meat that would soon be cooked. If he had said this could be true not too long ago, he would have been called delusional.

Ogres, Orcs, and Goblins do not mix; this is the motto he had heard since he was a young kid. He learned to stay away from those Greenskins whereabouts. Each race thought of themselves as higher and mightier than the others. This grudge was as old as time, so much that no one knew what started it anymore.

The only thing worse than Ogres and goblins were the bandits.  Those humans were frail, but they compensated it with a sharp mind. The Kingpin's men knew how to set a trap that could capture even the smartest of Greenskins. He learned this the hard way: by falling prey to one while trying to save his kinsman.

The Bandits would not only steal his freedom but also treat them like animals, used to entertain the bloody tastes of their master: the Kingpin.
Veruk rubbed his wrists, remembering the shackles that would come off once a day when he was forced to fight as a gladiator, turning the sands red with the blood of beasts to stay alive.
It was on those sands that he learned to call any Greenskin a brother and helped them stay alive one more day, until that evening when he led a revolution against their captors and escaped.

His bravery became a legend on every Greenskin village and soon hordes of Orcs, Ogres, and goblins approached him looking for his protection and wisdom.  Old quarrels were forgotten, and Veruk became their leader and hero, an honor he never asked for. Now it's his fate and destiny to lead the Warmongers to the gates of the human realm and guide his people, the Greenskins, to victory.