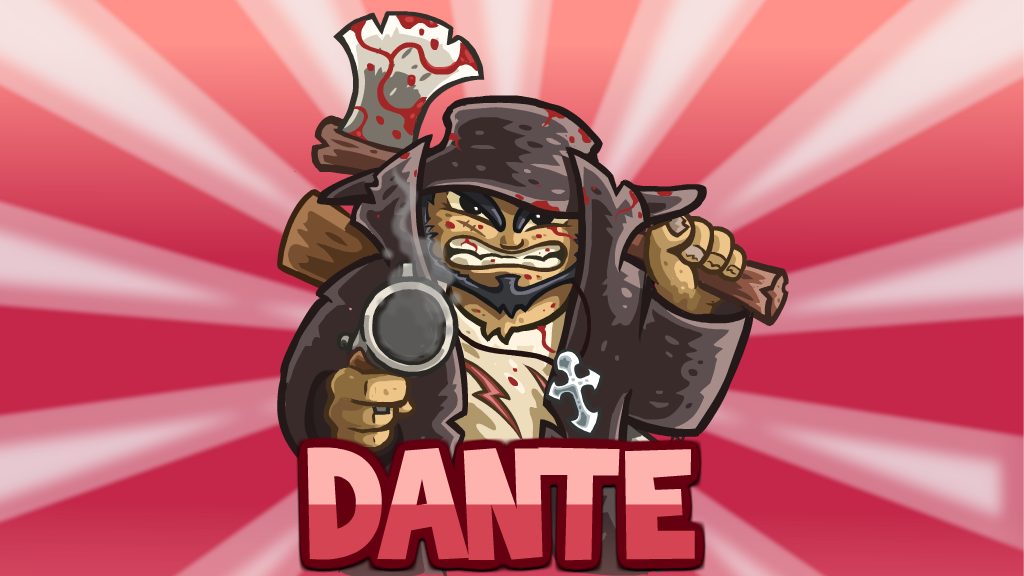 And then he saw her, and the world stopped for a heartbeat. He pushed this feeling aside and scoffed at the idea of his enemy's daughter catching his attention.

His idea of rushing in guns blazing, which had seemed so efficient a few moments ago, had failed. He had intended to break in the castle and shoot down his mark: Vasile. The bloodsucker punk had been terrorizing the populace all over Linirea, and it was his duty to put an end to it. It would have been over by now if it hadn't been for her and the utter distraction she brought.

He knew Vasile had female company as he heard a velvety voice arguing with the old vampire, but he never expected to be smitten by her. If someone had even suggested such a thing could happen to an old seasoned hunter, he would have mocked them.

Vasile, knowing the odds were not on his favor, as his army of Vampiresas was not around, disappeared in a smoke cloud, leaving his daughter at the mercy of the hunter.

Dante pointed at her, masking his feelings under a blank stare and ordered her to stand still. Lucrezia silently looked at him to evaluate his adversary and the quickest way to get him out of her way, but her sight got caught in his eyes. In her countless years, she had never seen such profound eyes, like two dark pits, that mesmerized her.  She blinked quickly to break the eye contact and gather herself back.

-Who are you? Why do you dare to break into my father's lair?  I can't decide whether you are a fool, if you have a death wish... or both.-She said with a soft voice.

-I am here to end Vasile's reign of terror, and whoever stands on my way to his demise, will face the same fate.-Dante replied.

-I can agree he has done too much damage to these lands, but you are truly delusional if you think you can take him down with a few shots of your guns.  He is an ageless immortal; it would take a lot more than that to banish him.

Dante quickly evaluated the situation; what she was saying was not lacking in truth. It was painfully obvious he needed a new strategy ( a much better thought out plan) than the one he had. Dante needed to know Vasile's weaknesses, and he was staring at the creature that could enlighten him with that valuable information. He was going to get it,  even if it meant bringing her along in his journey.

He ordered her to come with him, but she had other plans. With a mischevious grin, Lucrezia jumped through one of the castle's windows and disappeared. Dante cursed and tried to follow her, but she was nowhere in sight.

Dante was both frustrated and curious about this mysterious creature, not to mention, in desperate need of her knowledge; So he spent the next months tracking her down.  Much like a chess game, every time he managed to make a move and almost have her in his grasp, she managed to outsmart him and escape.

With each encounter, the respect and admiration for the other flourished. Soon both began to yearn for those moments without even noticing it.

It is a dangerous thing for a hunter to be distracted from his objective, and this was almost Dante's downfall. He was tracking her down through the woods, planing a new antic to throw her off guard when he walked into a trap. Vasile and his vampiresas had surrounded him.

Dante knew his time had come, but he was not going to go down without a fight. He fought bravely and took many vampiresas down, but he knew he could never win as he was grossly outnumbered.

Vasile grabbed him and was about to rip him into pieces when suddenly a strong force pushed Vasile away.  Lucrezia had come to Dante's aid and managed to tear him away from the danger.

She held out her hand to him, and he took it, fleeing from danger and knowing, fully well, they were never going to let the other one go.

A word of caution to the reader: When you walk through the roads of Linirea, you have to keep your eyes open; you never know when you will fall into an ambush... or into love.