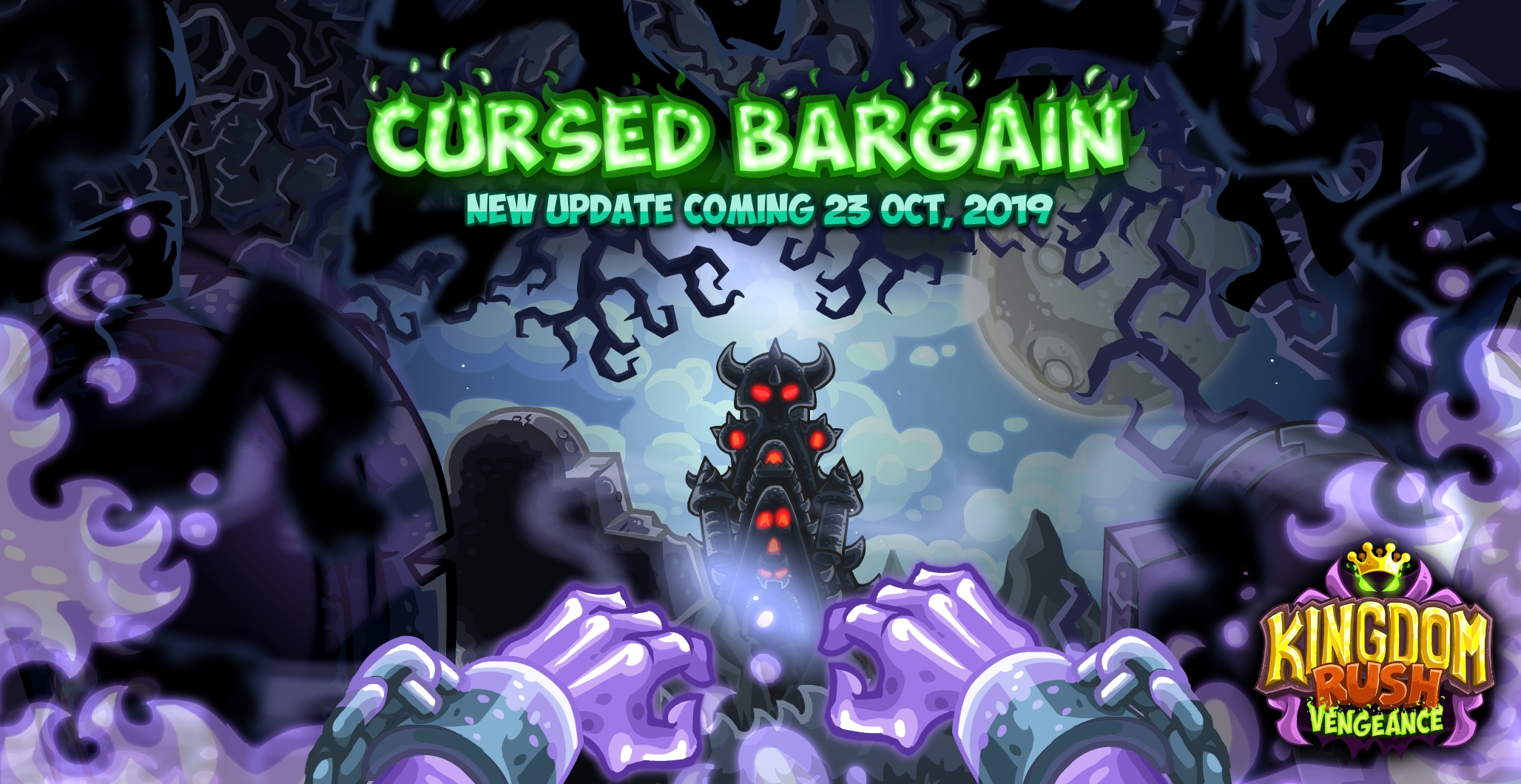 Many years ago, in an effort to gather an army powerful enough to conquer Linirea, Vez'nan made a pact with ancestral and malignant entities. They agreed to give him the command of their sinister troops in exchange for the souls of the enemies that would perish during the war.

Now that the Dark Lord has achieved his goal, these evil entities are ready to collect their dues.. with unagreed interests. They demand their share plus the souls of half of the living population of the kingdoms, a price Vez'nan is not willing to pay.

Answer Vez'nan's call and immerse yourself in the battle to defend the future of every living being on Linerea!

Get Kingdom Rush Vengeance on Android and iOS!

Legends of Kingdom Rush is on the way!

Legends of Kingdom Rush, our new RPG will be soon released on Apple Arcade