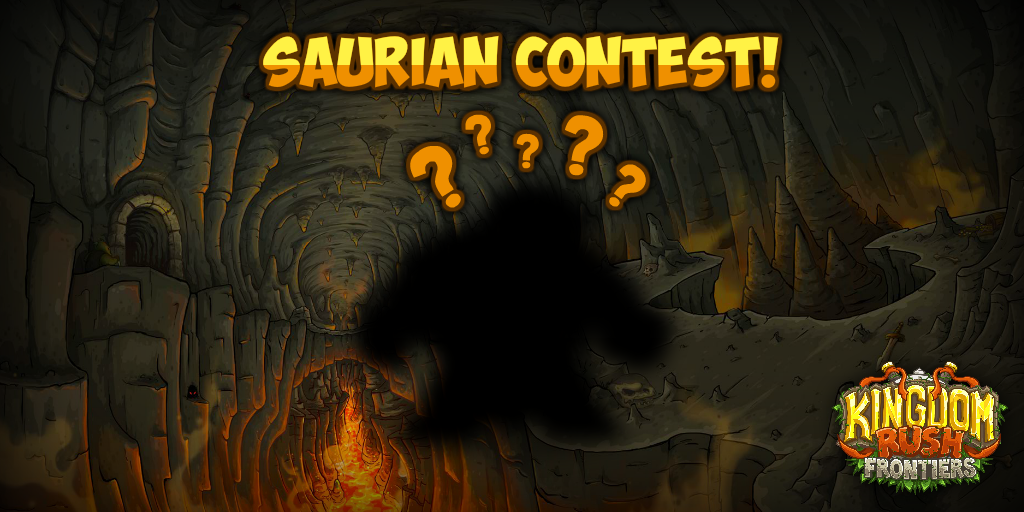 The Saurians’ rumors had been right: a god-like creature was roaming their lands!

Saurian King Xyzzy looked at the being that was standing in front of him. He could tell it was badly wounded as blood dripped from its side and its movements were obviously painful. It was clear it needed help and that was the reason it had approached their village.

Anyone would have thought the creature was easy prey, but Xyzzy had heard that even in its weakened state, it could obliterate any enemy with a blast of light in seconds.

As the blast surged from a shiny device the creature was holding on its hand, Xyzzy knew this was not magic. The Saurian had never seen any weapon of its kind before. However, he immediately thought that if his people possessed such power, they would become a force to be reckoned with.

Xyzzy slowly approached the being and signaled one of the tents where bandages and medicinal herbs were offered to it.

With this gesture, a bond was created, one that would change the Saurian’s way of life forever. The being decided to stay, and as a show of gratitude taught the Saurians how to create and operate its homeland technology.

Then don’t hesitate to participate in this amazing contest!

How to participate?
- Read our Saurian technology story
- Gather your inspiration and draw your version on what the ancient being would look like (it can be digital or hand-drawn)
- Post your drawing with hashtag #krfonswitch
- Deadline is the 17th of February

We will review each entry and select one. The winner will have their image redrawn by one of our artists!!!

But there’s more! The winner will also get a Nintendo Switch key for Kingdom Rush: Frontiers on the launch day!

Legends of Kingdom Rush has now a casual mode

Junkworld, our latest free tower defense game will be soon soft-launching in 5 countries.