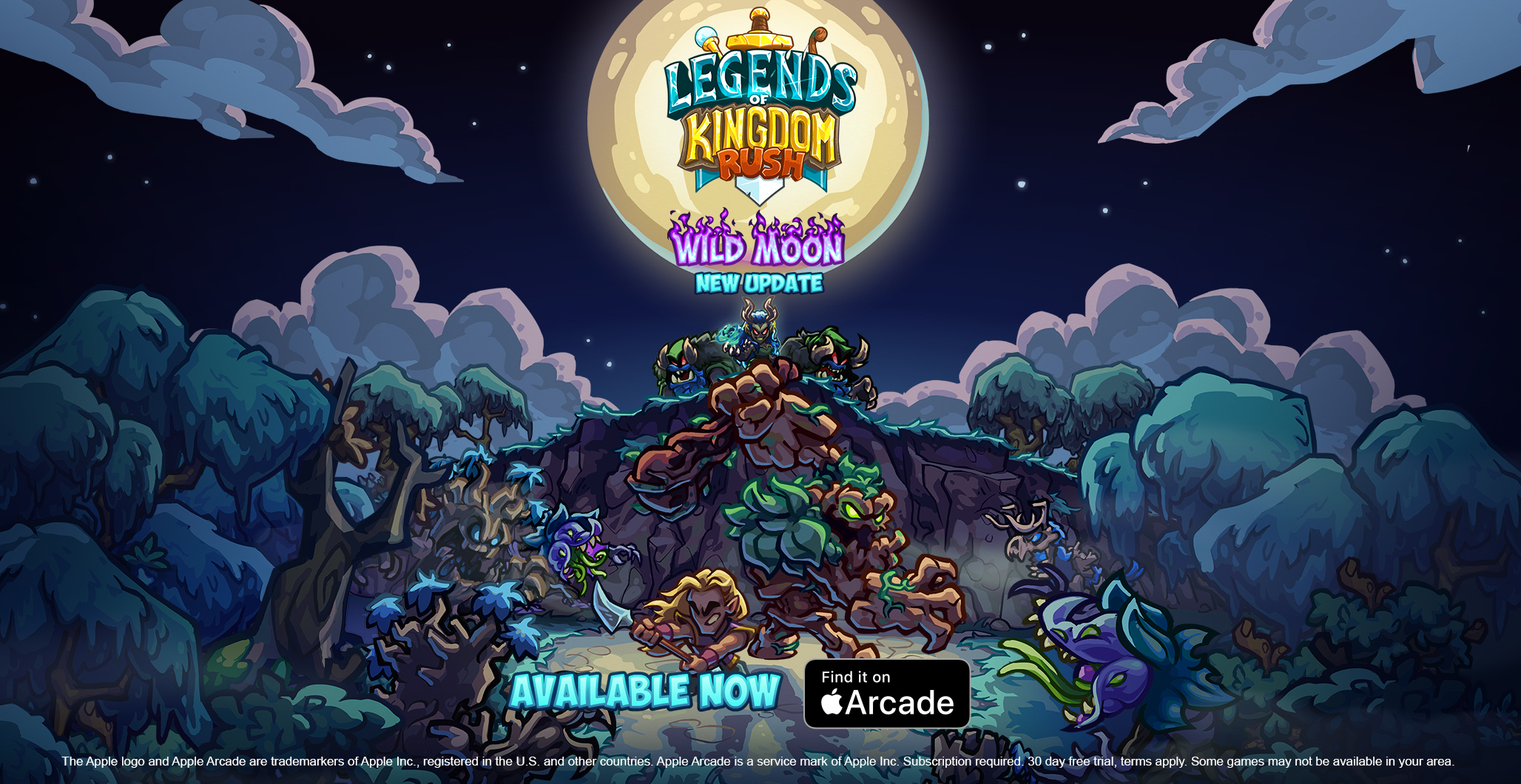 The Wild moon rises in the horizon and the forest pulses with the power of dark magic!

Today we announce the release of our update of Legends of Kingdom Rush, Wild moon, exclusively on Apple Arcade.

Wild moon is the first Legends of Kingdom Rush content update and it includes:

Update your game now and charge against the dangers that awaits for you in the depth of the woods!