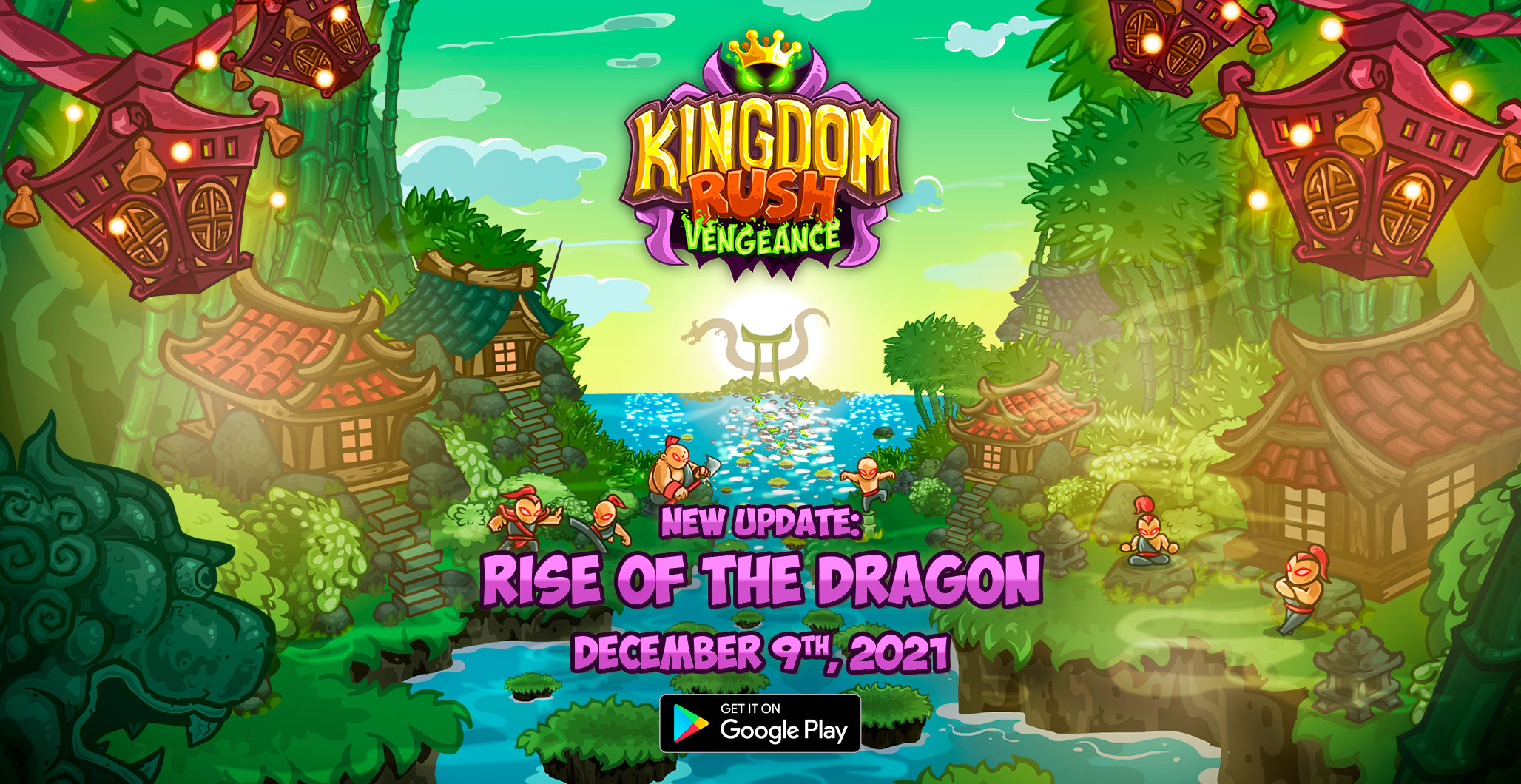 So, my time has come! Kingdom Rush Vengeance will be launched on.. no wait, that already happened.

Ok here I go again, SO MY TIME HAS COME! Now I'm conquering Android in China!

From today on the full game will be available in China and on the 9th of December there will be a new update for all my army worldwide (iOS and Android) so prepare yourself to show me your loyalty.

A new enemy has risen and thinks he can defeat me, the great Vez'nan, it's almost hilarious!

Yes, he might be ancient, dangerous and the biggest fanged beast I have ever seen (and I have seen a few of those) but i have some tricks up my sleeve too.

Since I have always been a fan or fighting fire with EVEN MORE FIRE I managed to secure the help of Dianyun,a mighty dragon (yes,yes, another one) and an amazing new tower.

General, as you read, you have a new mission now. Dust off armor and weapons, practice spells, because the enemy is stronger than ever!

The new Quick Play Arena update for Legends of Kingdom Rush is here!

Celebrate these 10 years with Ten'Shí!

We are celebrating this 10 years together with a new free hero for you: Ten´Shí is here!

We are making a giveaway for Kingom´s Rush aniversary!